Breakfast team was more than excited to wake up at 6:15 AM this morning, and I am proud to say none of us slept through our alarm (cooking team 3 ftw). It’s safe to say none of us are early birds but we were able to stay awake around the griddles don’t worry. Preston and Zara had an intense battle to see who can make better pancakes and after many taste tests and a non biased vote, Zara’s pancakes were better (see picture below). Current debate: Early birds, night owls, and day ____. 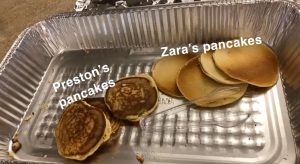 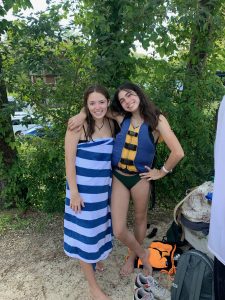 It was a fun day for our mission team and we lived it up to our fullest. We all connected and still tied it back to our main reason for why we are here, to get closer to God. There were multiple sibling battles in our trampoline ring between Chris and Corey, Gabi and Alex Henderson and the Trenkamp brothers. Bobby and Charlie took turns sending our youth to the moon through a inflatable “blob.” Our youth participated in an obstacle course that finished with Bobby Trenkamp as our winner and Juliette in second. There was another mini race where John Paul dominated the playing field setting a time of 15.87 seconds.  We connected a lot and created great memories, even Tommy meeting this new girl too. 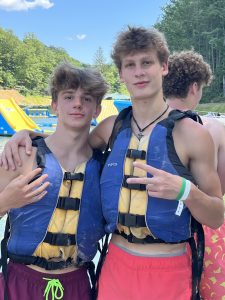 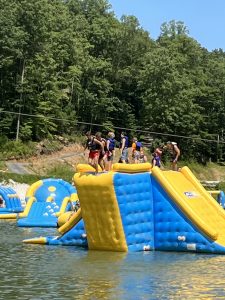 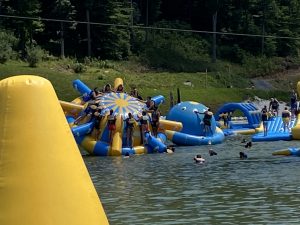 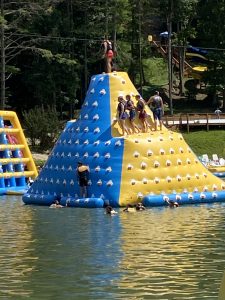 This afternoon we went to Ace Adventure Water Park. The day started off with team 3 making a big breakfast including pancakes, bacon and scrambled eggs. At the water park we were able to go on lots of obstacle courses including a big blob. The day consisted of numerous trampoline wrestle matches between siblings and friends; many falls and laughter. As well as encouragement from all to try new things. Overall the day was a success and we ended our adventure with ice cream.

After the water park we went to The Chocolate Moose, a local ice cream store that also had mini golf and rock climbing along with a chess board in the front. We all got ice cream and milkshakes after the fun day at the water park. When I got back Corey and I destroyed everyone in Kan-Jam. 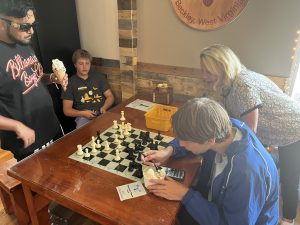 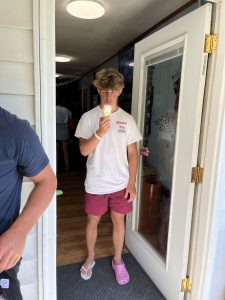 So today, while the PPC team took a well deserved rest day at the water park, Pastor Cab negotiated a deal with the neighbors from site 3 to help install a new septic tank and connect it to the trailer’s plumbing. Yesterday we discovered that the sewer pipes from the subject trailer had not been connected to septic for years. A new tank was delivered and installed this morning and will hopefully be functional when we get there tomorrow. 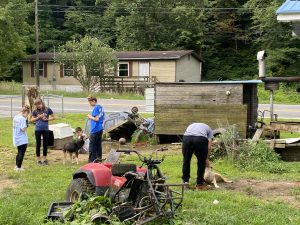 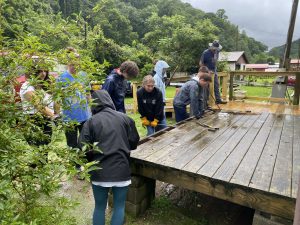 Cooking teams 2 and 4 did a fantastic job cooking dinner for taco night tonight! Everyone pitched in making the taco meat and all the toppings, including homemade guacamole! We had a couple first timers who learned how to brown meat for the first time. Jeanne also taught us an amazing trick to cooking rice in the oven. It was enjoyed by all! 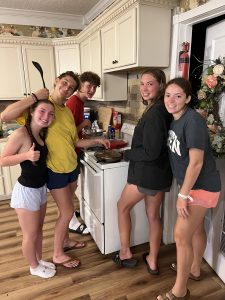 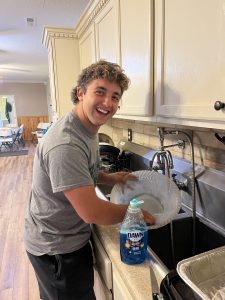 These Photos Were Taken: 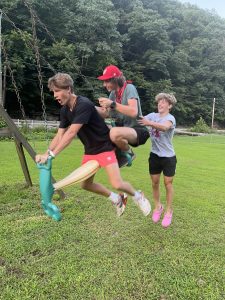 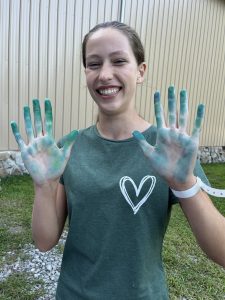 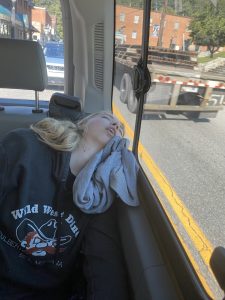